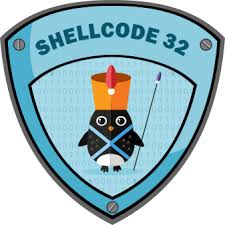 The first SLAE assignment is to develop shellcode for a bind TCP shell. What is a bind TCP shell? According to Infosec Institute, a bind shell is “a type of shell in which the target machine opens up a communication port or a listener on the victim machine and waits for an incoming connection. The attacker then connects to the victim machine’s listener which then leads to code or command execution on the server.”

I found that while not an easy subject, the actual assembly code construction was not very difficult. The learning curve from this assignment really came from trying to wrap my head around ‘socket programming’ fundamentals. The hardest part for me was trying to parse man page information about the various syscalls and trying to understand how to format the arguments required for each syscall. I am not a professional programmer, I apologize for any socket programming concepts I butchered in my explanations.

Now that that’s settled, it’s become apparent we need to execute 6 syscalls in our assembly code:

If we consult man 2 socket for our first syscall, socket, we see that it takes 3 arguments in the following fashion:int socket(int domain, int type, int protocol);

So counting the syscall itself and its 3 arguments, we need to clear the first 4 registers so that we can work with those. Let’s clear them by XOR’ing them with themselves so that we clear them in a way that does not introduce NULL BYTEs into our shellcode.

Let’s now figure out what we’re going to put into EAX to call socket. We can do this with a cat /usr/include/i386-linux-gnu/asm/unistd_32.h | grep socket which tells us that the code for socket is 359. Popping 359 as decimal into a hex converter tells us that the hex equivalent is 0x167, so let’s place that in the low space of EAX so as to not introduce any NULL BYTEs with padding.

Now let’s start with the arguments. man 2 socket tells us that the first argument is int domain which we see in the man page is AF_INET for IPv4. Let’s just google ‘value for AF_INET’ and see what value we should use in the argument. Our first result is a university webpage which looks to be a header file explaining not only the value of AF_INET but also of SOCK_STREAM which is going to be our second value to satisfy the int type argument. According to the file, AF_INET is 2 and SOCK_STREAM is 1 (0x02 and 0x01) respectively. The last argument value for int protocol is going to be ‘0’ according to the man page. So we need the following register and value combinations:

Let’s make these changes to our assembly code. If you remember, we already cleared EDX, so our zero value is already accounted for, so need to mess with that register at all.

Next we need to pass control to the interrupt vector in order to handle our syscall (socket).

Lastly, before moving on, we will need a way to identify this socket we’ve just created to subsequent systemcalls. We can do this by storing the value of EAX off to the side so that we can reference it later and still use EAX in our subsequent systemcalls. I chose to store this value in EDI as EDI is pretty far down our list of registers we’d fill arguments with, no idea if this makes sense, but it worked!

Now we need to bind a ‘name’ to our newly created socket. First thing we want to do here is clear out EAX so that we can put the value of our bind call into the lower part of the register as we did above with socket. cat /usr/include/i386-linux-gnu/asm/unistd_32.h | grep socket gives us a value of 361 which is 0x169

Let’s make these changes to our code

Now we need to consult man 2 bind to figure out the structure of the arguments this syscall requires. The result is int bind(int sockfd, const struct sockaddr *addr, socklen_t addrlen);

These arguments can be summarized at a high-level as follows:

Now, let’s start creating our sockaddr struct on the stack. A sockets programming tutorial tells us that the sockaddr_in struct for the bind syscall consists of the following 4 components:

Let’s start moving these values into the registers. Our port number will be 5555 and our internet address will be 0.0.0.0

Because the stack grows from High to Low, we will have to place these arguments onto the stack in reverse order. We will also have to put our port number in Little Endian format, so instead of 0x15b3, we will place 0xb315 onto the stack.

Boom! Struct completed. Let’s put the pointer to this entity into the ECX register so that we can satisfy our const struct sockaddr *addr argument. We’ll also put 16 into the low part of the EDX register and call the interrupt again while we’re here since that’s easy enough.

Now we have to condition our bound socket to listen for incoming connections. cat /usr/include/i386-linux-gnu/asm/unistd_32.h | grep listen nets us the code 363 for listen (0x16b).

man 2 listen tells us that the argument structure for the syscall is int listen(int sockfd, int backlog)

int sockfd is again, just a reference to the socket we created that we took out of EAX and stored off to the side in EDI initially. From what I understand after reading about it, int backlog is just a reference to how many connections you want to queue if your socket is not immediately accepting connections. The way our code works, we want to immediately accept the first incoming connection, so this value can be 0 for us. With EBX and ECX figured out, we can now call interrupt and move on.

We have our socket created, bound to an interface and port, and listening for connections. Next, we need to make it accept incoming connections. cat /usr/include/i386-linux-gnu/asm/unistd_32.h | grep accept gives us the code for ‘accept4()’ which is 364 (0x16c).

The mang page also states that the arguments after int sockfd (which we still have stored in EDI), can be given as NULL, NULL, 0 respectively. This is easy to pull off. So after we put EDI into EBX, we can just XOR the next 3 registers against themselves and call interrupt.

If you read the accept4 man page carefully, the RETURN VALUE section states that after this syscall, we will receive a new int sockfd that we will need to use in subsequent syscalls. The original int sockfd was stored off to the side in EDI, so we’ll do that with the new one as well.

If we reference our C prototype, we see that the dup2 call is iterating 3 times in order to duplicate into our accepted connection the STDIN (0), STDOUT (1), and STDERR (2) file descriptors which makes the connection interactive for the user. cat /usr/include/i386-linux-gnu/asm/unistd_32.h | grep dup2 gives a syscall code of 63 (0x3f).

All that dup2 requires for an argument is the int sockfd which was newly created in our accept syscall and stored in EDI.

Finally, we need to tell the program what to do once everything we’ve done so far is complete. In our case, we want the program to execute /bin/sh.

We will be utilizng the stack for these arguments. So we will be doing things in slightly a different order than our previous syscalls. This particular syscall requires null terminators and pointers to stack locations. Remember the stack grows from High to Low so first we need to put a terminator onto the stack.

Next, we need to place the string /bin/sh onto the stack in reverse order. However, before we do this and in order to avoid NULL BYTEs in our shellcode, we need to make sure that the string is divisable by 4. Right now, it’s 7 characters so we add an additional character to make it an even 8. //bin/sh

Next, we need EBX to carry the pointer location of the entity we just created on the stack.

Next, we will need another zeroed out value to be pointed to for EDX, so let’s push EAX onto the stack once more and then assign the ESP to EDX.

Finally, ECX should point to the location of EBX. So we’ll push EBX onto the stack and then move ESP into ECX.

Now we can put our 0x0b into the lower portion of EAX and call our interrupt.

Looks to be null free!

The next criteria we have to satisfy for the assignment, is to have the bind shell code created dynamically with user input for a port number. I have created a python wrapper to accomplish this.

Let’s test out our wrapper!

Now, we paste this shellcode into our shellcode.c program

This blog post has been created for completing the requirements of the SecurityTube Linux Assembly Expert certification: http://securitytube-training.com/online-courses/securitytube-linux-assembly-expert/

You can find all of the code used in this blog post here.

Introduction In late-November I decided to try and start a project that would be both fun and educational. I settled on trying to come up with a somewhat cre...